Metric or Imperial Units for Woodworking

As woodworkers based in the UK, we have the unenviable task of having to work in both metric (mm) and imperial units (inches) at the same time. Saw mills and and woodworking tool manufacturers don’t seem to have found any consensus on a default unit of measurement. This often leads to confusing times when trying to establish what we are actually purchasing. For instance, is 18mm plywood is actually 18mm or is it ¾ inch which is actually 19.05mm. The answer varies from store to store.

I believe the whole world has this problem, but maybe not quite as pronounced as it is here in the UK where we have officially converted to metric, but still use MPH on the roads and weigh babies in Pounds (lbs) and Ounces (oz). Personally, I cannot wait for the day that we finally ditch the archaic imperial units and finally embrace the simplicity of a fully metric world. Though, while the USA is wholeheartedly embracing imperial units, I suspect that time won’t come any time soon.

Instead, we must be bi-lingual with our measurements. So with that in mind, here are some helpful conversions to remember!

Most common conversions in Woodworking 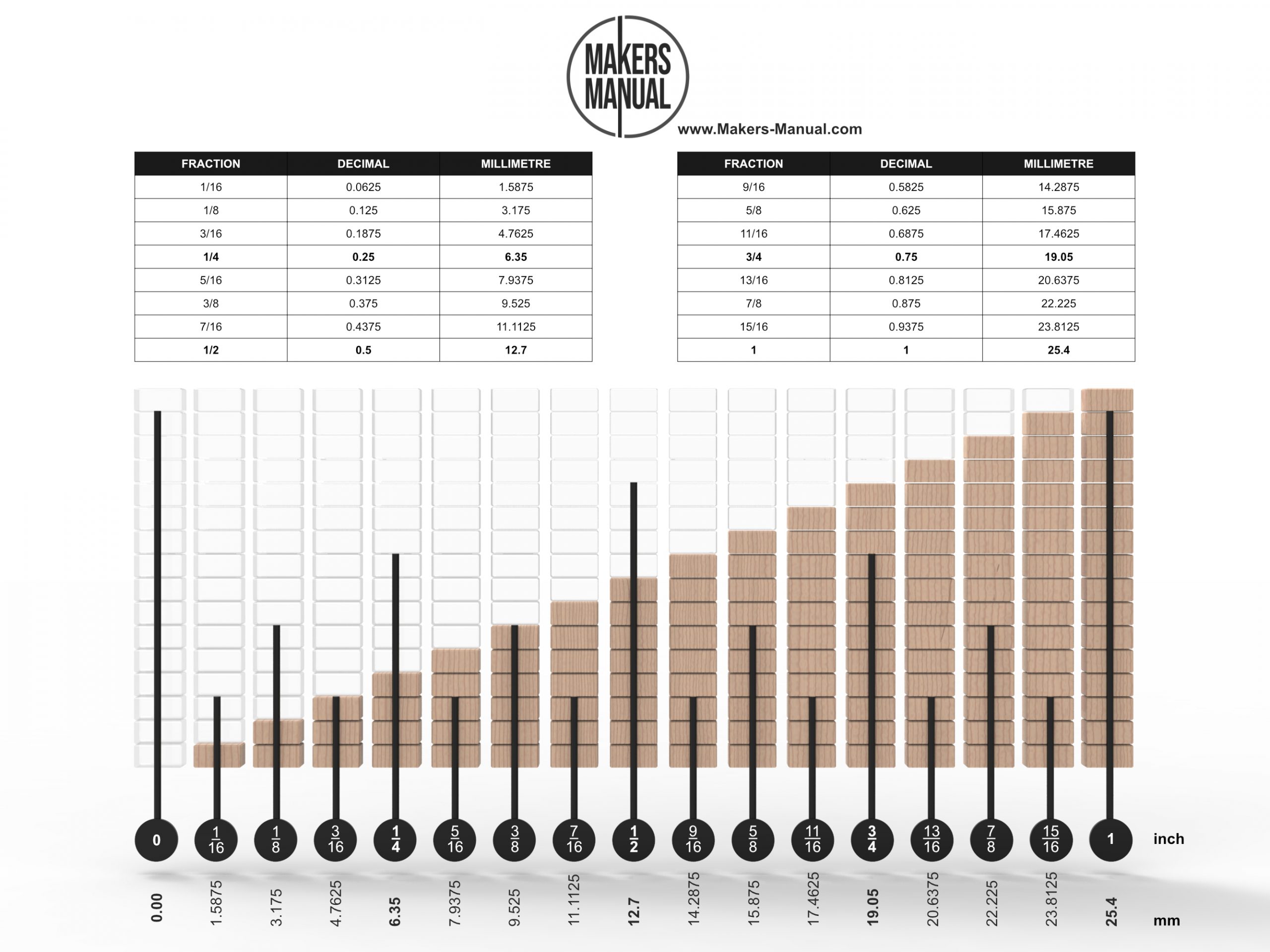 Are Our plans Metric or Imperial?

We do our very best to keep things as simple as possible. That means we put in the hard work to provide a package that is always best suited to that product. For instance, sometimes we just need to produce two separate versions. Other times when it’s appropriate, we can combine both into one set of plans.

As always however, it is best for you to double check everything. We can’t account for all the variations of preference, timber or tool choice.

We Use Cookies
Cookies make our website work properly and securely. By allowing us, you will get the best user experience with brand enriched content and relevant products and services.
Manage options Manage services Manage vendors Read more about these purposes
Manage Settings
{title} {title} {title}